If you can't touch it

If You Can’t Touch It… 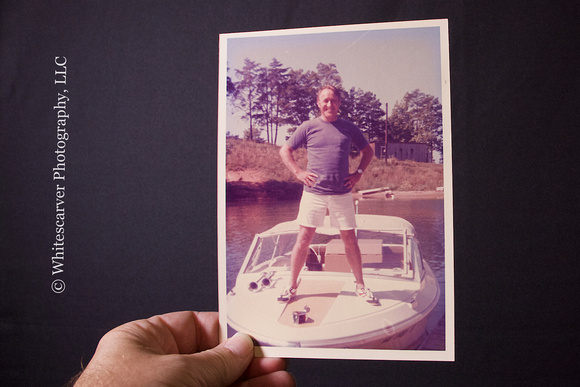 I can touch this photoLook at my boat

The photograph attached to this article is 48 years old. Of course you are looking at a digital representation on an electronic device while I was holding the actual photograph. This photograph was printed the same week it was taken by a camera that most likely was plastic, most certainly loaded with film, and then lived in a frame until I removed it for this article.

There was time when many thought computers using a cassette tape to store data was as good as it could get. Then diskettes, the big eight inch ones arrived. That TRS-80 computer was fabulous. Then the eight inch disk shrunk to an amazing five inches, then 3.5 inches! And then there were super drives, and zip disks, and CDs, and DVDs. Then the USB flash drive arrived and somebody somewhere said “How do I get my records off my old disks?”

Jump over to the Sony Mavica digital camera with a floppy in the camera, where are those photos now? Does your computer have a disk drive to recall photo files you may have stored on a CD? Just like the resume I stored on a 3.5 inch floppy, the photos I took with the camera attachment on my “state-of-the art” Palm are not accessible.

If you can’t touch the photograph you will not have the photograph in the future. That is my point. Cameras in cell phones are kick ass phenomenal; and that’s coming from a professional photographer who started a photography career in 1976. But if you don’t make something tangible with that photograph, the odds of it surviving technology that obsoletes itself every six months is pretty slim.

You don’t have to print them all. But the ones that memorialize your life story are too valuable to trust to a cloud. Cloud is maybe an unfortunate name for something that is advertised and depicted as safe storage. Clouds come and go in hours and minutes. Clouds change with the wind. Clouds don’t last. And neither will your unprinted digital photos. If you can’t touch it…