I don't photograph a lot of sports, but I was excited to be hired by NRVFootball.com (a Division of Northview Media) to take team photos of some area football teams for a new publication. The plan was to be on the field under a bright sun where a little fill flash would compliment the sunlight.

The reality was a rainy day that forced the operation into the gym under troublesome artificial light.

The shoot was scheduled as part of the annual photo day when the company that publishes the yearbook would come for photographs. I was just another guy with a camera. Parents and boosters milled around while the official yearbook photographers staged the groups of players. JV, varsity, seniors, starters, positions, they all had their time in front of the camera.

The mood was happy among the players and it is easy to forget that under all that equipment is, in most cases, only partly grown teenage boys. Yet, you are looking at hulking football players. The coaches had things in control but the real leader was the yearbook advisor. She got things going and made sure they kept going. What was just a little sad was the stern faces all the players and coaches assumed during their photographs. And underneath that stern look was a teenage boy waiting to laugh and cut up. Fortunately, I got them to act out a little.

The other photographers were friendly and we shared stories and posed questions to each other. Kymn Davidson-Hamley has known most of the

players since they were little, having had sons on the team herself. She is an accomplished sports photographer and serves as the unofficial team photographer. You can see her photographs on Facebook. Look her up.

As group after group lined up and sat down for their photograph parents and spectators snapped away with phones, point and shoot cameras, bridge cameras, and pro DSLRs. I experienced a little jealousy as the yearbook photographers had Norman flashes with battery packs. But my speedlight did an admirable job.

The football season brings the community together on Friday nights. My hope is that all these young men get through the season without injury and if they win they are humble; and, if they lose may they be good sports. May the fans be courteous in victory and defeat. May sportsmanship and fair play be the norm. Check out the rest of the photographs in the gallery CHS Football Photo Day. 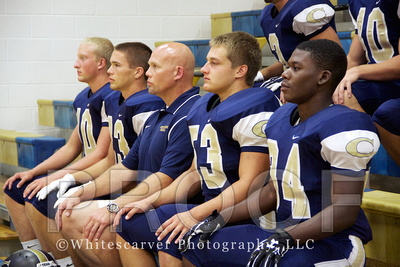 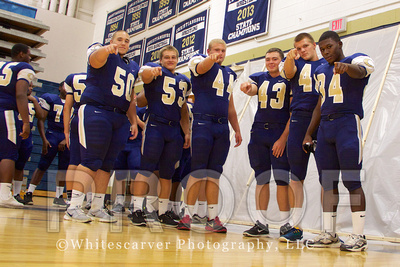 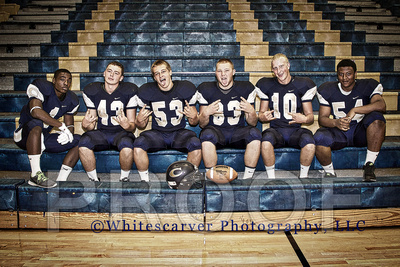 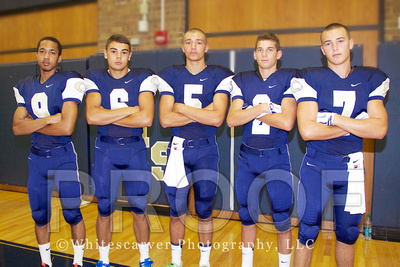